Trains are not very convenient for sightseeing in Kyoto city. Two lines of the City Subway, JR, and several other local lines are operated by different companies, so they aren’t connected each other under one network. That’s why the City Bus is more common transportation for tourists. (see the another article  Kyoto City Bus)

Still, there are some cases that you should use trains to visit specific sites as follows.

View Trains in Kyoto larger map
Besides those three cases, there are more reasons to take train rather than the City Bus:

Pass for a day

Each train company offer the pass which allows you an unlimited use of their all lines for a day or two. They are normally more values than the price when you ride three times or more in a day.
City Subway has “One day free ticket” (600yen), and “Kyoto Sightseeing One Day (Two-Day) Pass” which are valid for both Subway and Bus (One Day 1200yen, Two-day 2000yen). Passes for a child are half price. 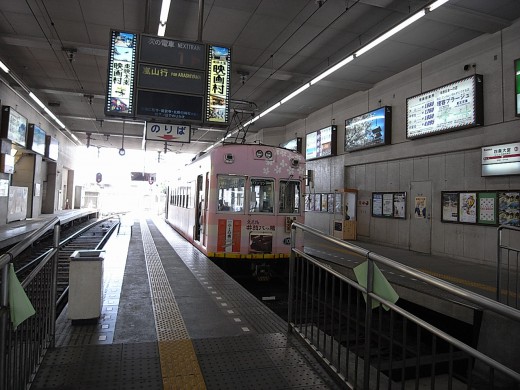