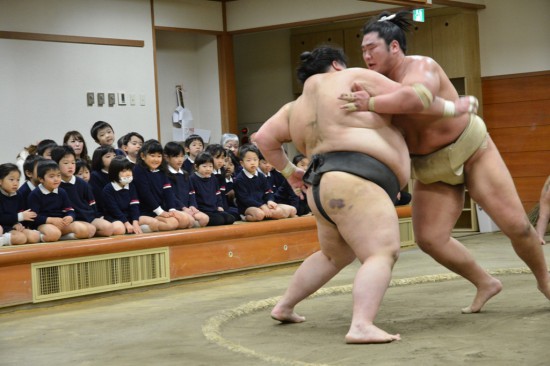 Sumo wrestlers exercise in the morning at each clan’s house and some clans allow visitors to enter the house.

In the fourth week in February, the sumo clans move to Osaka and wrestlers can be spotted in the streets. They are big and burly, usually draped in kimono, and wear top knots in their hair. During the fortnight of the tournament they arrive at the stadium throughout the afternoon; surrounded by their entourage they often walk to the entrance, whilst fans cheer. 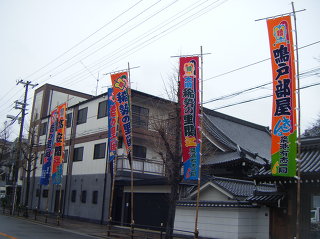 In the first week in March to the beginning of Osaka Tournament, wrestlers exercise is held in the morning at each clan’s house and some clans allow visitors to enter the house.

During the tournament, the wrestlers of some clans also have light exercise for conditioning in the morning. Prior confirmation is recommended.

They are normally open from 6:30 to 10 a.m. during the period of tournament and 7 to 11 for a week before the tournament. The clan’s temporary houses are usually set up in temples or shrines in Osaka.

Dos and Donts on Watching Exercise 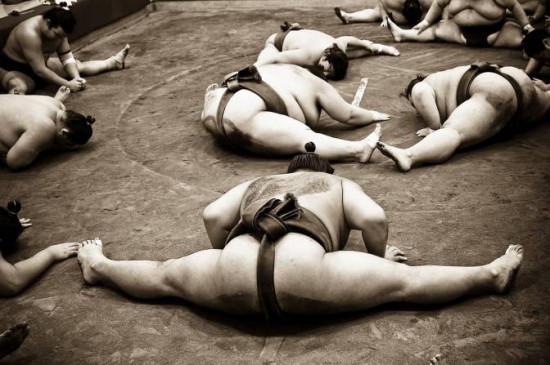 Sumo today is well commercialised, but it originally comes from the Shinto ritual. To help create a faux-pas-free journey, arm yourself with a few of these handy etiquette tips before you go and see sumo wrestler training: